For 382 days, a twenty-seven-year-old man chose to consume nothing but fluids, salt, vitamins, and yeast. He survived, dropping from 456 to 180 pounds—and weighed in at 196 five years later.

Fasting is in vogue now, and not just among self-flagellants. Fans of intermittent fasting say hunger hones our bodies’ recovery mechanisms and preserves lean tissue while eliminating fat. Paleo Diet adherents—who argue that obesity, diabetes, and heart disease stem from the mismatch between our evolutionary history and the modern environment—remind us that humans evolved to thrive when meals were rare. So (how) do our bodies survive when we’re not eating?

All our energy derives from breaking carbon-carbon bonds, and we have various carbon backbones available to burn. Glycogen, a branched carbohydrate, is our fast fuel: all our cells maintain a stash, and all can quickly mobilize it as sugar when needed. Stockpiling glycogen is inefficient, though, because we package it with water. (We think of carbohydrates as yielding 4 calories per gram, but we reap only 1-2 calories per gram of hydrated glycogen.)

A larger store of potential energy is in body proteins, which are linear polymers of amino acids. Proteins serve critical functions (skin, ligaments, muscle, enzymes, hormones), so we preserve them as much as possible. Though proteins can and do get broken down for energy, catabolizing more than about half will kill us.

Our main fuel store is fat, which is both efficient to store (because it’s not hydrated) and otherwise useless (meaning it’s easily expendable). Theoretically, a man with 20% body fat could survive off his fat layer for weeks.

In practice, though, calories from different sources aren’t interchangeable. Our bodies don’t literally burn fuel, but instead send it through energy-harvesting pathways that accept specific inputs. Some cell types lack the machinery needed to process certain molecules; for example, red blood cells don’t have mitochondria, so they can use only glucose (sugar) for energy. Other tissues can’t use certain fuels because they’re not physically accessible; for instance, the brain can’t burn fat because fatty acids can’t permeate the blood-brain barrier. And our bodies can interconvert our energy stores in only limited ways: we can convert glucose to fat, and protein to glucose or fat, but we can’t convert fatty acids to either glucose or protein.

When we’re starving, our bodies prioritize two things: maintaining an uninterrupted flow of energy to the brain and spinal cord, and preserving as much body protein as possible. Normally, our brains run solely on glucose. During starvation, though, glucose is precious: we can create it only by destroying body protein. To conserve protein, the brain reduces its glucose usage by burning the ketone bodies β-hydroxybutyrate and acetoacetate as fuel. Likewise, muscle tissue and major organs like the heart and liver usually burn a mixture of glucose and fatty acids, but switch to a ketones-added, lower-glucose, higher-fat mixture.

How brain and muscle adjust their energy usage as starvation progresses: the brain switches to use ketone bodies (β-OHB and AcAc) as its primary fuel, while muscle replaces most of its glucose usage with fatty acids (FFA). (Percentages shown are oxygen equivalents).

During the first phase of fasting, as we run down our short-term glycogen stores, the liver ramps up its ketone production to allow us to make these fuel usage transitions.

These metabolic transitions spare vital organ and muscle proteins, but we do still burn some protein—both to produce the minimal glucose some tissues still need and to provide the four-carbon intermediates required to catabolize ketones and fat. Throughout this “steady” state of fasting, which can last weeks to months, our bodies gradually cannibalize our protein stores. Eventually, enough protein is consumed that our organ systems lose function and we die, usually when our respiratory muscles fail. (We die of starvation even if we’ve retained large stores of fat.)

So, what does any of this have to do with a plan to lose weight? Not much, I hope. It’s tempting to think that 20 or 30 days of buckling down and getting hardcore will turn us into perfect, beautiful people. If only. 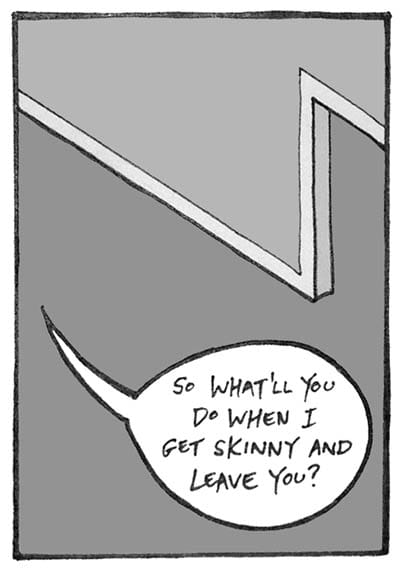 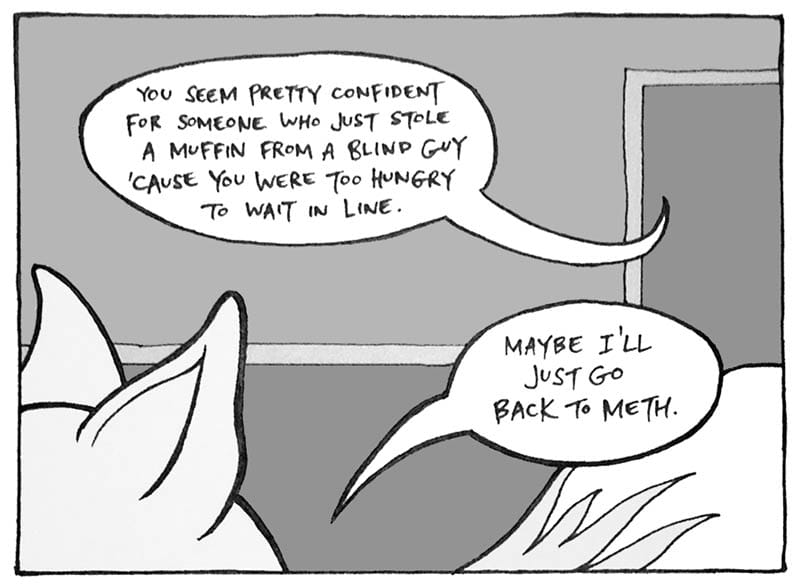